Why Are You Doing the Things You Don’t Want To Do? 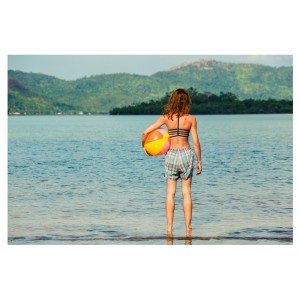 Have you ever held a beach ball under water?

It’s exhausting. It takes so much energy to hold it down even though you know that, eventually, the ball will pop up and out of the water.

The same is true when you aren’t being true to yourself. You struggle to keep your feelings, ideas, thoughts, beliefs and desires inside.

And, if that doesn’t feel like a beach ball being submerged under water, I’ll buy you an all-inclusive vacation to Bora Bora.

I just received this message from a client of mine (and she said I could share it):

“Long story short – I was with a good friend last night and she was bitching up a storm about her sister and how she makes everything about her. My friend just goes along with it and commits to spending time with her because she’s pressured, yet she doesn’t even feel like a priority to her sister.

So, I said to my friend, ‘It sounds like you’re hurt.’

She said, ‘yes, and frustrated.’

I said, ‘so why are you doing things you don’t want to do?’

She said, ‘I never looked at it that way.’

“And then,” my client wrote, “it made me realize there are a lot of times I do things out of obligations even though they aren’t real obligations.”

I felt elated on so many levels.

Not only is my kick-ass client owning and learning from her own roadblocks, she is able to notice similar traits in others and empower them to question their thoughts and beliefs as well.

Watching women sprinkle their magic on to other women, well… it’s priceless.

When you learn to live authentically – knowing who you are and what you want – you step into your power. You let that beach ball go free.

You give yourself permission to question your thoughts and break away from the stories you tell yourself.

You no longer sacrifice your own happiness.

And you no longer do things out of obligation. You do things because you want to.

When you start to say ‘yes’ when you want to say ‘no’ (so you don’t hurt, disappoint or anger someone else), ask yourself:

Why am I saying yes?

To please someone else?

Whose happiness am I sacrificing?

Am I being authentic or am I making decisions based on societal expectations (making choices according to what you think you should do as opposed what you want to do)?

Saying no doesn’t make you selfish. It makes you happy.

And, aren’t you worth it?

Live the life you were meant to live.

Lisa Panos is a Certified Life Coach and Author who helps people stop struggling and start thriving in their personal and professional relationships. Trained by Dr. Martha Beck (aka, Oprah’s Life Coach), Lisa helps her clients create new, healthy relationships, mend those that are broken, or say goodbye to ones that no longer serve them. She combines highly effective coaching tactics with an explosive arsenal of personal experience that swiftly moves people out of dysfunction and into a place of deep inner strength.

ARE YOU IN AN UNHEALTHY RELATIONSHIP?

Whether it’s your friend, coworker, spouse or ex—download my free quiz to see if your relationship could use some help.